This dawned on me a year ago when I was watching Gattaca for the 800th time; the world that Gattaca (1997) takes place in has striking similarity to Elon Musk’s current dream for our present world.

I’ve written about Elon Musk before as well as why Gattaca means so much to me. If you can’t tell, I’m a big fan of both =]

Even though genetics is a big part of the movie, there isn’t a direct analogy to today thus I won’t address it. And as the movie illustrates, let’s hope there never is a time when that is the case.

Let’s take a look at the world that Elon Musk dreams of. This world will be based on what he has said and what he spends his time working on.

Elon has talked about his vision for the world in many different interviews. He said that when he was in college, he wanted to start businesses that would “most affect the future of humanity.” He identified these sectors that would be most influential as these three:

As we know, Elon has been quite lucky in that he has been able to start very successful businesses in all three.

If we were to look these three categories a bit closer, break them down, and then map them to the current businesses that he currently has a part in, we get the following list:

These are the three companies that he currently has a role in. He is the CEO of Tesla, the CTO of SpaceX, and a chairman of SolarCity (the CEO, Lyndon Rive, is a cousin to Elon).

Based off of this, how does the world of Gattaca compare? Let’s see.

As we learn within the first few minutes, Vincent (Ethan Hawke) is working at an elite institution, Gattaca, that has 12 or so spaceship launches every day. Vincent, the main character, is an engineer at Gattaca. Gattaca selects only the very, very best to work there and to travel into space.

We learn early on that Vincent’s project is still on schedule. He is one of the astronauts that is taking a trip to Titan, the largest of Saturn’s moons.

Learning about space and traveling into the final frontier is Vincent’s passion ever since he could read. 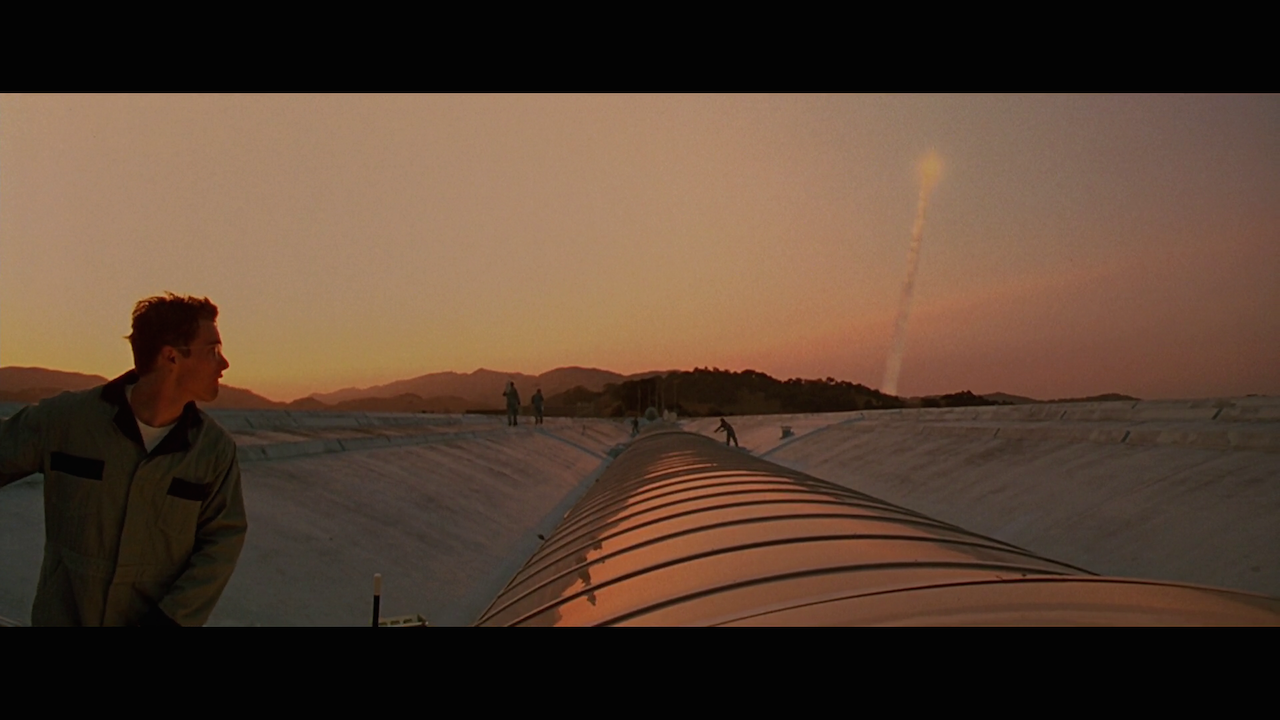 One of the 12 daily rocket launches in Gattaca.

The civilization in Gattaca has daily rocket launches and is traveling all over the solar system exploring planets and moons.

I can only imagine that many of the daily launches are for sending supplies to various bases that are spread across the planets. Much in the way that Elon imagines a civilization on Mars would be supported.

The next area of similarity is that all of the cars that are in Gattaca are electric. It is never explicitly mentioned but it is very obvious in all of the scenes as the cars are given an electric “zipping” sound whenever they are being driven.

The look of the cars are quite a departure from the sleek look of the Model S that we have now. The film definitely went for a more timeless look by modeling the cars after classics from the 1960’s such as the Rover P6 and Studebaker Avanti instead of trying to make them look futuristic. 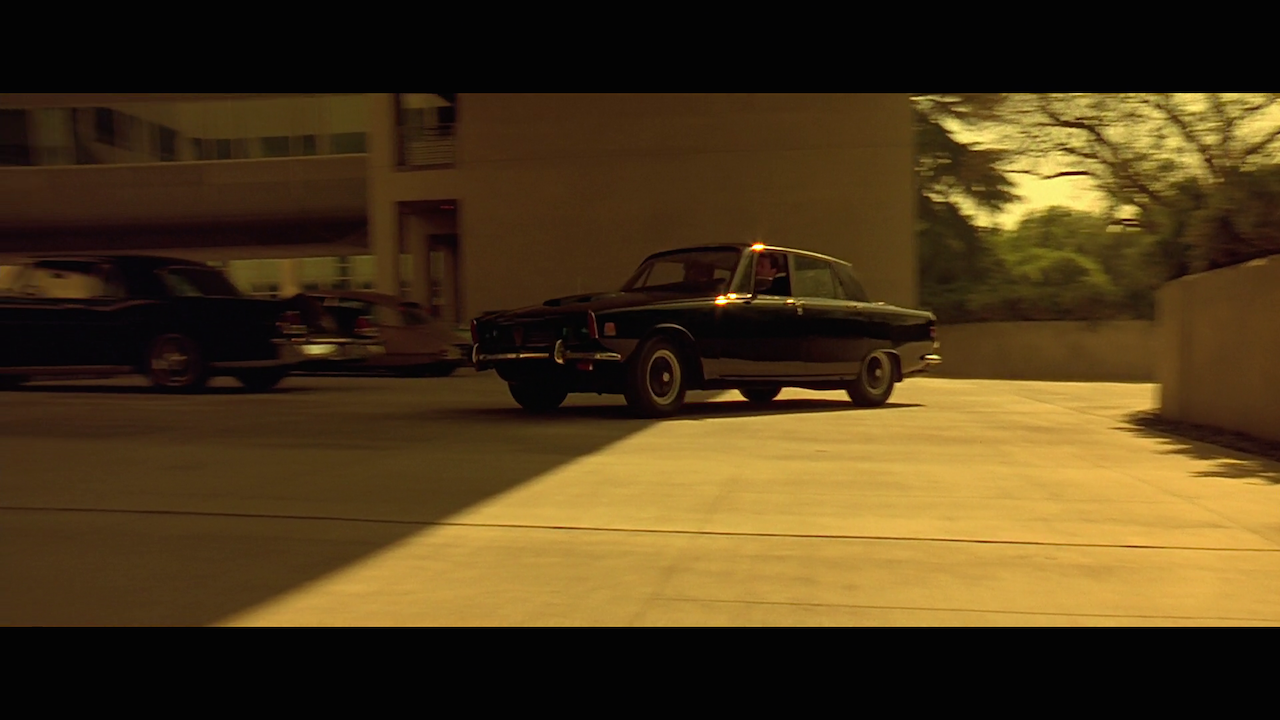 An electric car from Gattaca.

At no point in the film do we have any evidence that the cars run on fossil fuels or anything besides electricity.

The last area that shows an awful amount of similarity to the world Elon is trying to create is how the world of Gattaca gets its energy.

At one point in the film, Vincent and Irene (Uma Thurman) visit a concentrated solar power (CSP) plant. As you can read on Wikipedia, the way those solar power plants work is by focusing all the light through mirrors to a single location where a generator then converts the heat to electricity.

This technology of CSP is one way of generating electricity from the sun with the other being photovoltaics which is what SolarCity uses for their panel installation. 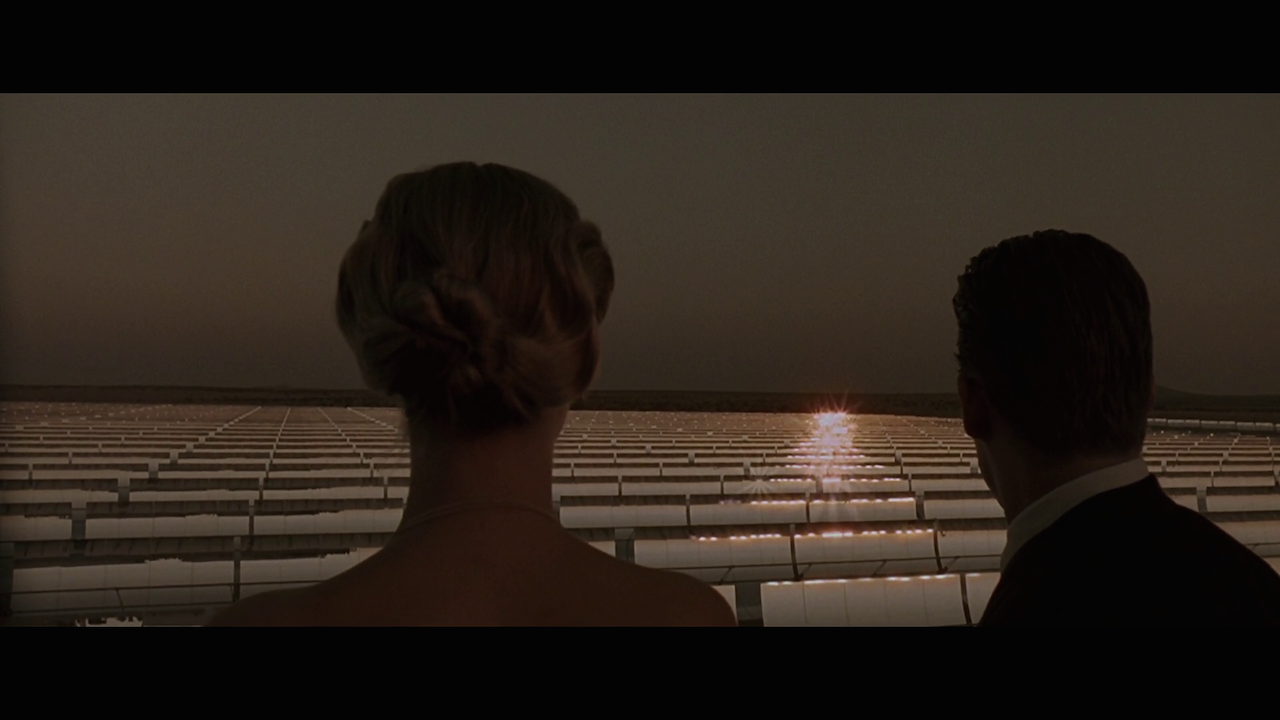 Gattaca was a sci-fi film that came out in 1997 yet there aren’t many things in the film that are too far out of reach. If Elon Musk can continue at the pace he is, it is only years away as opposed to decades or centuries.

Thanks for reading. Let’s hope that Elon can continue to make the world he sees a part of reality.